Will the Laffer Curve’s theory work post the tax cut in India?

The other effect is longer-term, which Laffer describes as the “economic” effect. It works in the opposite direction. Lower tax rates put money into the hands of taxpayers, who then spend it. It creates more business activity to meet consumer demand. For this, companies hire more workers, who then spend their additional income. This boost to economic growth generates a larger tax base. It eventually replaces any revenue lost from the tax cut.

The Government of India on Sep 20 2019, in order to promote growth and investment, has inserted a new provision in the Income-tax Act with effect from FY 2019-20 which allows any domestic company an option to pay income-tax at the rate of 22% subject to condition that they will not avail any exemption/incentive. The effective tax rate for these companies shall be 25.17% inclusive of surcharge & cess. Also, such companies shall not be required to pay Minimum Alternate Tax. This is likely to address the supply side constraint which the country is facing.

At the same time the market is also anticipating a cut in the Individual Income tax post the announcements on reduction in the corporate taxes in order to prop up the demand side constraint. Recently the task force on direct taxes has recommended the government to reduce the Individual Income Tax (From 20% to 10% for Income upto Rs 10 lakhs and From 30 to 20% for Income Above Rs 10 lakhs and upto Rs 20 lakhs).

Currently the government has reduced the corporate tax while we can expect the government to consider a cut in the personal Income Tax in the coming weeks/months. So, based on the Laffers Curve theory, India’s tax rate on both Corporate and Individual (personal) has been comparatively high and the reducing the same should prop up the economic activities as well as the tax revenues in the longer term.

The market is witnessing a significant re-rating post the announcement on the corporate tax cuts by the government and any announcements wrt cut in the personal income tax rates would see further re-rating of the stocks as well as the Indices. 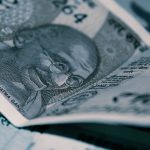